How to make beer at home With and without a kit?

It gives great satisfaction to drink beer which is brew by you at home. Now a days Home brewing became fascinating hobby for many beer lovers. Actually brewing involves lot of steps to make beer and you have to spend reasonable time. At last it gives you fulfillment that you have prepared beer yourself at house. If you carefully follow this guide, then you can make wonderful tasty craft beer. In this guide we have covered everything about home brewing of beer with and without kit.

Brewing is the process of manufacturing beer by steeping a starch sources typically a grain (barley) in water and fermenting the resulting sweet liquid with pitching yeast and hops.

How to make homemade beer with a kit?

We recommend you to start making beer with home brew kit if you are beginner.

What do i need to brew beer?

If you are brewing beer first time, then you can start with beer making kit which will be available in Amazon.com. You may be wondering why should we need a kit? Actually home brew kit helps you to save time, makes brewing simple and your first attempt to make beer will be successful. Check this guide to choose the best home brewing kit and also read reviews of each one.

You need following ingredients to produce beer. They are water, starch source such as malted barley (corn, rice or sugar can be used), Hops, Simple Ale and Yeast.We suggest you read the homebrew recipe and plan for the steps of the brewing process before starting brewing. Also check instructional manual and videos of manufacturers of homebrewer kit. If you like to make wine then check article explaining best wine making kit worth the money.

These steps can be applied to ready made kits with extract-only recipe. Check all the homebrewing equipment and beer ingredients necessary are available to brew.

Sanitization is an important step to get good beer because bacteria can spoil a batch of beer if it is not properly cleaned. You can use unscented cleanser like No-rinse cleaner available in kit and clean all brewing equipment.

Add malt extract to boiled water and stir it well until completely dissolved, so that malt traces could not stay in the bottom of the pot. Please note that you should remove boiling water from heat source while you are mixing malt, otherwise malt may scorch. You have to bring the malt dissolved liquid again to boil it.

You can add hops once liquid reaches a rolling boil. In general they should be added by counting the time left until the end of the boil.

You will get wort that is the unfermented liquid after the 30 minute boil is complete. Fill the clean and sanitized fermenter half of it with cold water and Add the hot wort into it after 5 minutes. Continue Â filling the fermenter with cool water to reach 5 gallons and allow the wort to reach temperature to 70-75Â°F (21-24Â°C). The wort cooling can be done with immersion or counter flow chillers.

When the wort temperature reaches yeast friendly temperatures you have to pitch sanitized yeast.

Next you have to seal the fermenter with a clean airlock and bung (carboy). The airlock can be filled with no-rinse sanitizer or a high proof alcohol. You have to shake it for few minutes to provide some oxygen to the yeast.

Now it is storing time for next 1-2 weeks so that the yeast will be converting the fermentable sugars from the malt extract into CO2 and alcohol. Store the fermenter temperature 65-75Â°F (18.3-23.9Â°C) range of yeast and also prevent any light from reaching the wort.You can monitor signs of fermentation via a bubbling airlock which is caused by CO2, a byproduct of fermentation. The perfect way to know whether fermentation was stopped by using a hydrometer.

After 3-4 weeks in the fermenter, the un-carbonated beer is ready and it should be primed to carbonate. For this you have to add 5 ounces of priming sugar to water and allow it to boil for 10 minutes. Always use 1 ounce of dextrose for every gallon being bottled.The yeast will ferment the sugar, creating CO2, which cannot escape the capped bottle and subsequently carbonates the beer. Bring two cups (473 mL) of water to a boil

Append the bottle filler to the spigot of your bottling bucket with a small tube. Load the sanitized bottles with beer up to the very rim of the bottle neck. Use sanitized caps to cap it with cleaned bottle capper.

Properly store beer bottles at undisturbed place with temperature around 70Â°F (21.1Â°C) and allow carbonation to take place. You can also store beer in kegs and chilled in kegerators to dispense beer any time.

How to make beer at home without a kit?

What are the steps in brewing beer process?

The basic steps involved in brewing beer process are following.

Malting is the process of allowing release of starch from the barley. This can be done by adding water to grains and allows it to soak for more than 35 hours such that barley grain starts germinate. Next the germinated grains should be passed for drying through kink by gradually increasing temperature for a number of hours. After completion of kinking the end product is termed as malt.

In Milling malt is crushed to break apart the kernels and expose the cotyledon, which contains of the carbohydrates and sugars. It also involves separating the seed from the husk.

Mashing is the process of combining a mix milled grain & water and heating this mixture in a vessel called a Mash tun. It converts the starches released during the malting stage into sugars typically maltose to create a sweet sugar rich liquid called wort. The mash temperature may be increased to about 75â€“78Â Â°C (167â€“172Â Â°F) to extract more starch and reduce mash viscosity. And also water may be sprinkled on the grains to extract additional sugars.

Lautering is the process of separating of the wort (the sugar rich liquid extracted from mashing) from the grains. The wort is strained from mash tank to remove the solid extract of grains.

Boiling of wort done with hops (to offset sweetness and to add flavor) in a large tank known as a brew kettle. In boiling process chemical and technical reactions take place, including sterilization of the wort to remove bacteria, releasing of hop flavors, bitterness and aroma compounds.

The wort is heated in a consistent manner in brewing kettles. Earlier boiling vessel is made of copper, because it transfers heat quickly and evenly. Now a days Beer Brewing Boiling Pot is made of stainless steel with in-built thermometer to check temperature of boiling wort. They are also available in different capacities of 1, 8, 15 galloon etc. Check the article about choosing the best brewing kettles. The wort is heated upto 75-78°C  temperatures in brewing kettle.

The wort must be cooled down quickly to fermentation temperatures 20-26°C  before yeast is added. Earlier ice baths are used to cool the wort, but it takes few hours and cumbersome to work with. At present breweries are using a plate heat exchanger to chill the wort. Plate wort chiller will cool in less than ten minutes and cooling becomes very simpler process because of chillers. There are other types of chillers like immersion and counter type. Read article listed top 5 best wort chillers worth the money .

Fermentation is process of converting wort into alcohol and CO2 by adding yeast. Before adding yeast to wort, it is cooled and aerated. It will done in a variety of vessels like open or closed type. If you want you can do secondary fermentation which can take place in the brewery, in the cask or in the bottle.

After fermentation, beer is conditioned (aged) in many ways which can take from few weeks to several months depending on the brewer’s intention for the beer. The beer should be transferred into a second container, so that it is not exposed to the dead yeast and other debris like trub that was settled to the bottom of the primary fermenter.

In this step most of the remaining yeast will settle to the bottom of the second fermenter, yielding a less hazy product.

Some people interested in second or third fermentation, for that you have to add some yeast population in suspension if there is residual fermentable sugar left. Otherwise sugar or wort or both can be added to make fermentation to happen and this process known as priming. The natural carbonation takes place in the bottle. Bottle-conditioned beers may be either filled directly from unfiltered conditioning tank or filtered and then reseeded with yeast.

Packaging is nothing but storing the beer into the containers. Beer can be packed into bottles, aluminium cans, kegs, or casks.

When preparing your beer for consumption, you must store it in an airtight vessel, allowing it to carbonate and condition. There are two main methods: bottling and kegging. In homebrewing, bottling has long been accepted as the simplest method, but kegging has quickly grown in popularity, making a case as the better method of the two. Truth be told, there is no right or wrong way and each method has its own advantages.

Bottling of beer is the favorite option for many beer makers, because it is an inexpensive option rather than buying beer dispenser like kegerator. Many home brew ingredient kits come with bottling bucket, siphon, tubing, bottle filler, capper, a beer bottle brush and sanitizer. You may need to buy bottles and caps if they are not supplied in brewer kit.

Kegging of beer is the favorite choice for many homebrewers as it is easier and quicker process than bottling. You will a keg, refrigeration box, a CO2 cylinder and regulator for proper storage, carbonating and serving by dispensing beer. These all functions will be done single equipment of kegerator & saves time and lot of cumbersome work.You have to choose proper keg size according to quantity of beer brewed.

Although beer dispensers are little costly, its worth to buy as it is one time investment. Click here to check top rated kegerators available in the market.However, you can convert an old fridge or freezer to DIY kegerator if you do not want to spend to buy new beer dispenser. 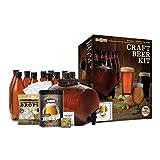 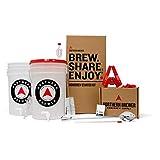 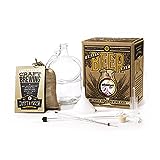 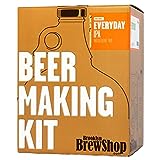